Cloudways DigitalOcean Vs Vultr Vs Linode 2022: Which is Fastest?

This post compares the performance of Cloudways DigitalOcean Vs Vultr vs Vultr HF Vs Linode by deploying a demo site on each cloud provider.

I signed up with Cloudways and tested their DigitalOcean plan. But later few people requested to test other Cloudways hosting providers. So, I bought a hosting account with other services like Linode, Vultr, and Vultr HF and deployed a WordPress site with our custom setup.

I use the following setup on all five sites.

Now, the test sites are put into five different types of testing, and they are

At Hostingstep.com, we do recurring tests. So, as time goes by, we collect more data from tools and provide our users with the most accurate data.

Based on the data, I recommend Vultr HF for new Cloudways users. Whichever plan you're choosing, don't forget to use our Cloudways Promo Code for $25 free hosting credits.

Cloudways DigitalOcean Vs Vultr Vs Linode

The server response time (TTFB) is the first and foremost thing one needs to test before choosing a hosting. For this test, the demo sites are monitored 60 seconds once from 20 USA locations. The scores are averaged from all locations, and the average response time is calculated.

Based on 90 days of performance data (April 6th – July 6th, 2022), the average response time of Cloudways based on the different cloud providers are

Recommendation: From our above data, there is not much difference between the TTFB of different Cloud providers. You can choose any plan of your wish.

The demo sites are checked every 60 seconds from all locations to measure the uptime. Based on the 90 days data, the average uptime of our demo sites are

Please refer to the above Pingdom data for uptime results.

Recommendation: The Vultr HF came as a real winner with 100% uptime throughout our testing period. Linode is next best with 99.99% uptime. If you're planning to choose between DO Vs Vultr (considering uptime), then Vultr HF is a better choice.

Through this testing, we will test the server's load handling capabilities. There are three types of tests done, and they are

In “Clients Per Test,” the 1000 client load will be distributed throughout the test duration.

In “Maintain Client Load,” the 500 and 1000 clients will be placed constantly throughout the test duration. These tests are advanced and give you a clear picture of the server's performance.

Recommendation: The Cloudways Vultr HF secured top spots in all three load tests, thanks to their High-Frequency VMs. Digital Ocean secured the second spot in all tests. Linode came third, and Vultr secured the last spot.

The sites are tested against the Core Web Vitals metrics like Largest Contentful Paint, Total Blocking Time, and Cumulative layout shift. All four sites performed equally in all the tests, with the slightest difference.

Cloudways recently added the Digital Ocean Premium droplets to their hosting plans. We bought an account and added the site for testing.

In this load test, the client load is distributed at random times. Here DO Premium took 30 ms to handle 1000 clients, whereas Vultr HF took just 9 ms to handle the same request. 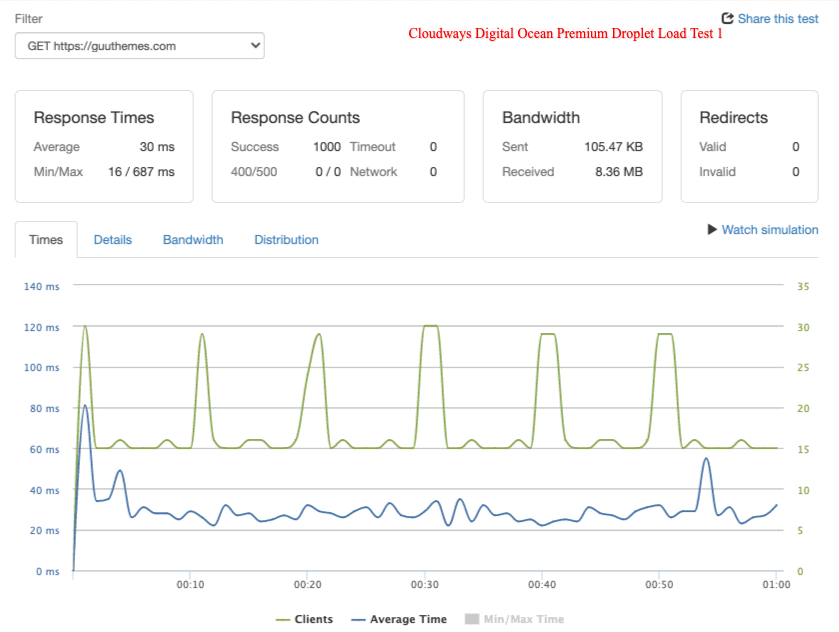 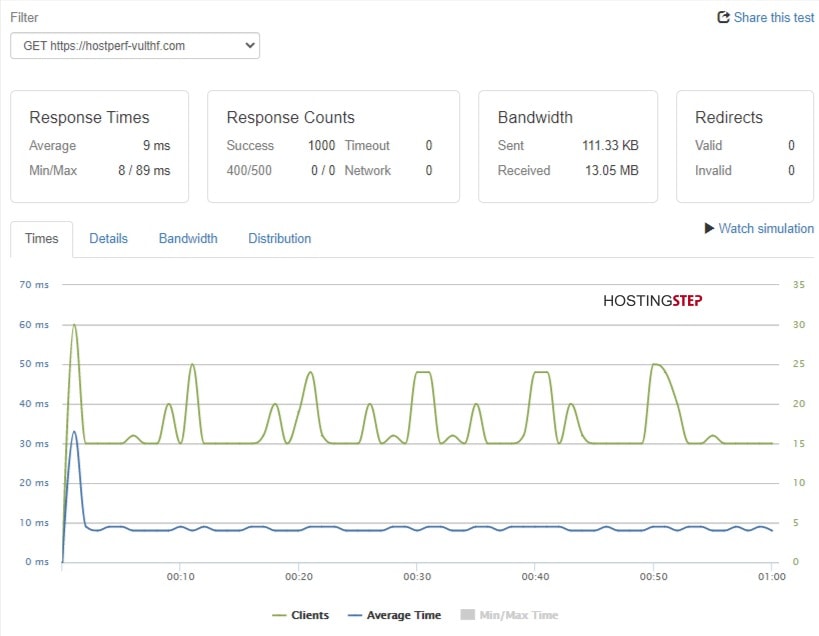 In this test, the Vultr HF (259ms) also performed better than DO Premium droplets (305ms). 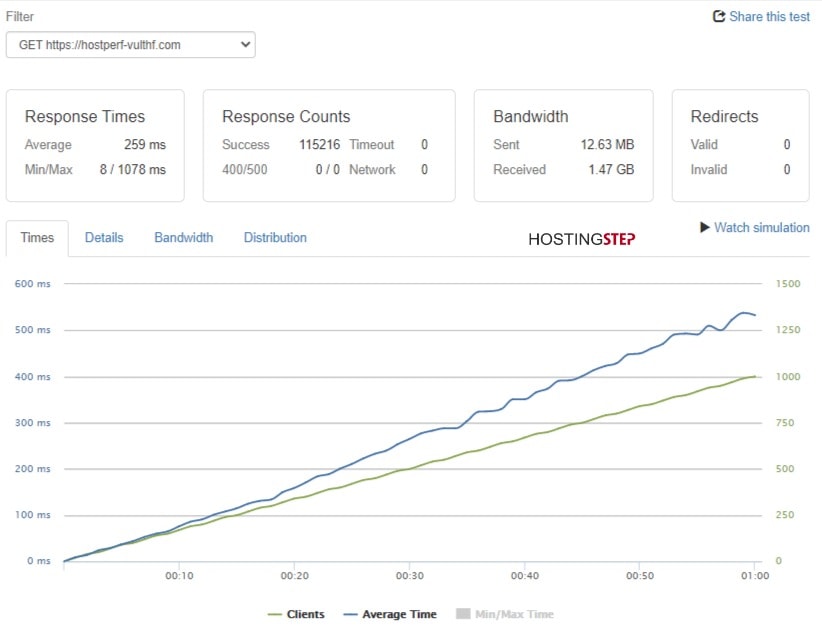 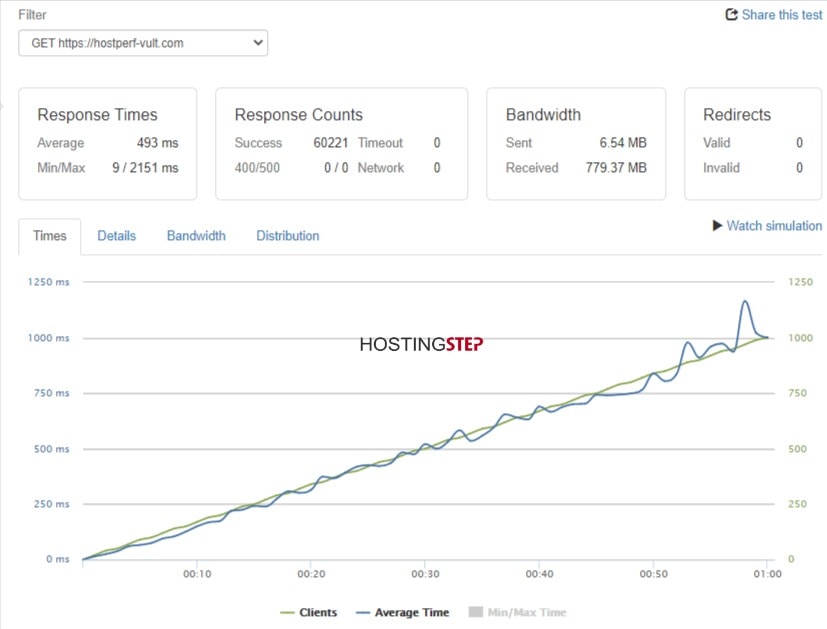 If you take all our data, the Cloudways Vultr HF is faster and more reliable than the Digital Ocean droplets. If you're getting started with Cloudways, I recommend anyone to choose Vultr HF plans.

Which Cloud Provider is Good at Cloudways?

Based on all five tests, all the hosts are equivalently good in all tests.

Load testing is the only measurement through which we can rate which host is the best and fastest.

The results are almost identical in load test 1. In tests 2 & 3, Vultr HF offered better performance, thanks to its High-frequency processors that made the difference with other DO & Linode. Along with load test results, the uptime of Vultr HF is also the best among all providers.

Hence, I conclude my review by recommending Vultr HF as the best Cloudways plan to choose right now.

You can support us by getting an account with Cloudways through our links. It helps us to keep running our servers to perform recurring tests.

Don't forget to enter our coupon BIO25 to get $25 free credits applicable on your first billing month.